I wanted to share with you my latest personal work, which I finished in December as a gift to my grandmother, Marvel Swanson. I credit Grandma Swanson for instilling in me an early love of children’s books. She has adored children’s stories since she was little, and when she read to me as a child I could tell she genuinely enjoyed every word and picture she shared with me.

I found out that her favorite books growing up were the stories of Thornton W. Burgess, particularly the story of Mother West Wind and the Merry Little Breezes. She once said she would love to see my illustrations paired with his words, and so I decided to make her a gift of original artwork inspired by the opening scene in the story Mrs. Redwing’s Speckled Egg.

Thanks to both my grandparents, Ray and Marvel Swanson, for all their love and support throughout my life. 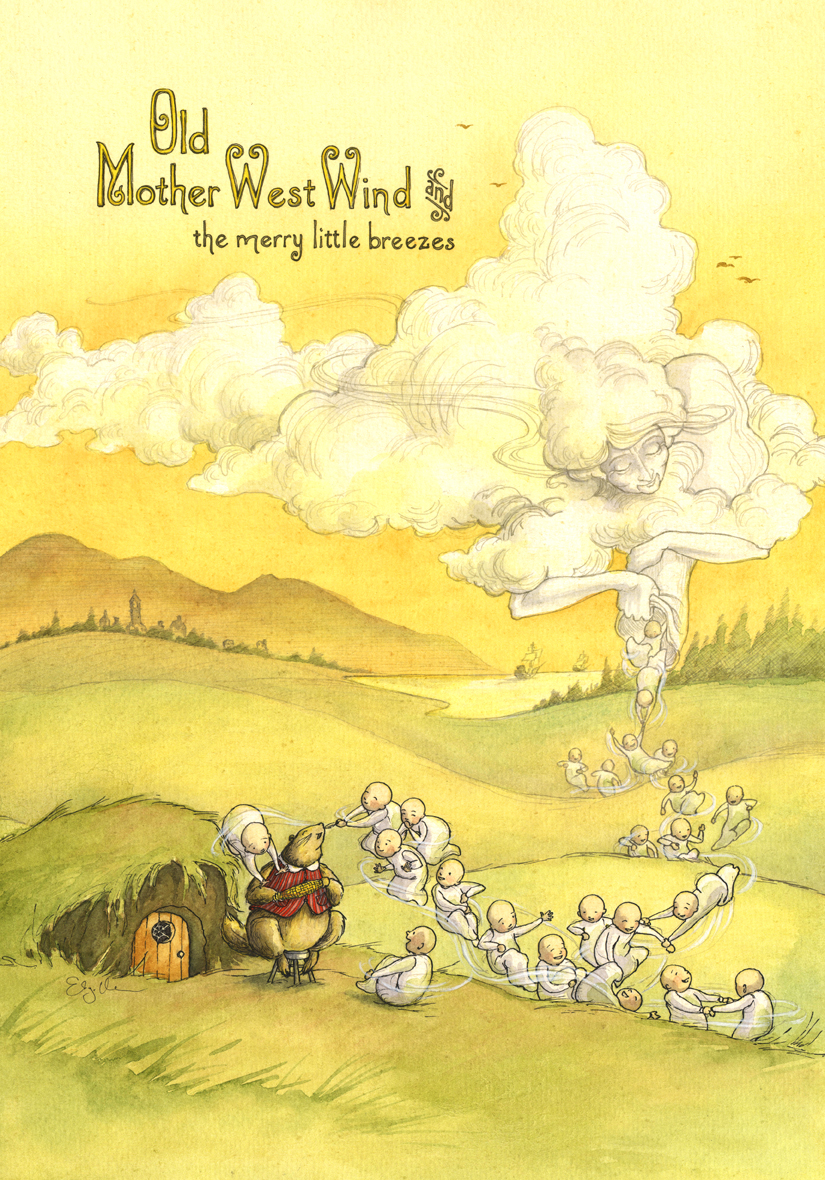 Old Mother West Wind came down from the Purple Hills in the golden light of the early morning. Over her shoulders was slung a bag – a great big bag – and in the bag were all of Old Mother West Wind’s children, the Merry Little Breezes.

Old Mother West Wind came down from the Purple Hills to the Green Meadows, and as she walked she crooned a song:

When she reached the Green Meadows, Old Mother West Wind opened her bag, turned it upside down and shook it. Out tumbled all the Merry Little Breezes and began to spin round and round for very joy, for you see they were to play in the Green Meadows all day long until Old Mother West Wind should come back at night and take them all to their home behind the Purple Hills.

First they raced over to see Johnny Chuck. They found Johnny Chuck sitting just outside his door eating his breakfast. One, for very mischief, snatched right out of Johnny Chuck’s mouth the green leaf of corn he was eating, and ran away with it. Another playfully pulled his whiskers, while a third rumpled up his hair.

Johnny Chuck pretended to be very cross indeed, but really he didn’t mind a bit, for Johnny Chuck loved the Merry Little Breezes and played with them every day.