Featured as “10 children’s illustrators to watch”

I woke up to a super cool thing today . . . one of the greatest children’s book bloggers out there, Julie Danielson (of the Seven Impossible Things Before Breakfast) was asked to compile a list of the “10 Children’s Illustrators to Watch” for BookPage. Guess what? She thinks I’m one of them! Woohoooo!!
Thank you, Jules! 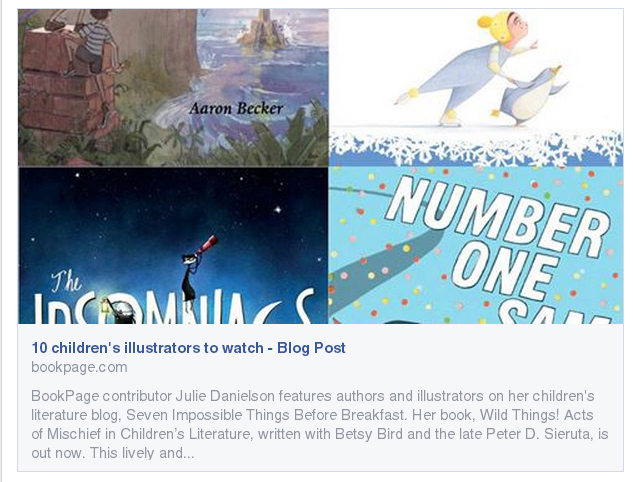 The illustrators on this list are fantastic – it’s an honor to be considered part of the company: