It’s hard to imagine two months have already passed in this new year of 2015! With a new year comes new things. Here’s an update on what a few of these things are for me:

I’m excited to join a handful of children’s book writers and illustrators on new blog that’s solely dedicated to discussions around picture-books. For each post, the blogger chooses a picture-book or a quality of picture-books to discuss. 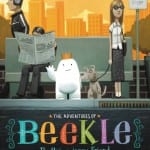 We cover a range of picture books, from new to old, well-known to little-known.  So far I’ve written about: ‘The Steadfast Tin Soldier‘ (Andersen/Rylant/Corace), ‘The Little House‘ (Burton), ‘The Spider and The Fly’ (Howitt/Diterlizzi), ‘The Arrival’ (Tan), and Dan Santat’s newly Caldecott Medal-donned book ‘The Adventures of Beekle: an Unimaginary Friend’.

Check it out at picturebookbuilders.com 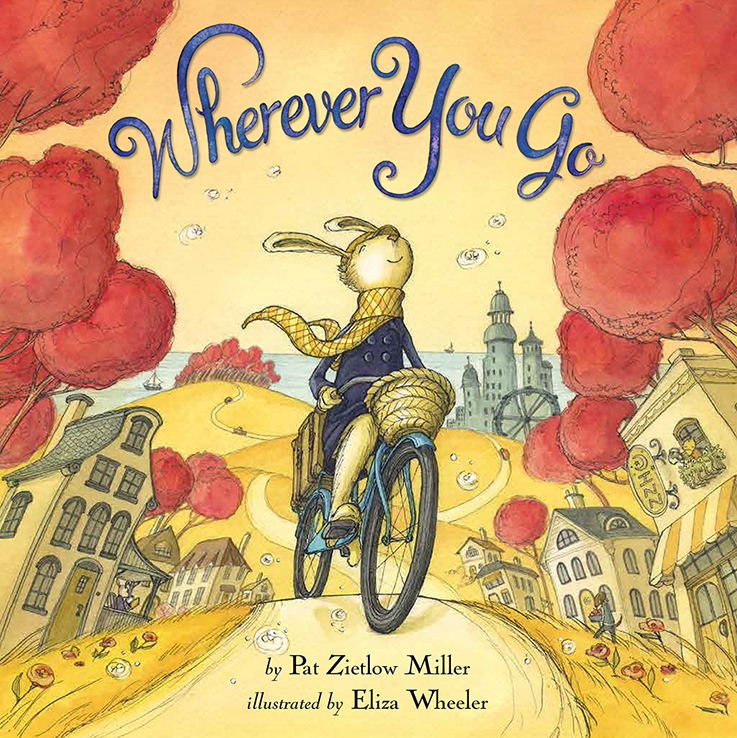 On April 21, 2015 the picture-book I illustrated comes out called WHEREVER YOU GO (Little Brown), written by Pat Zietlow-Miller, author of SOPHIE’S SQUASH (which received SCBWI’s Golden Kite award last year!). We were thrilled to get a star and absolutely sweet review from Kirkus:

“A rabbit’s cross-country bike excursion introduces the open road . . . through an animal kingdom of forests, treehouses, country cottages, bustling seaside villages, glimmering cities and mountain overlooks. The sunshine-hued, delicate artwork embraces both the panoramic vastness of the countryside and the definitive details nestled in its valleys, meadows, towns and treetops. Each double-page spread invites readers to stop and look closely at the lichen hugging the tree, the bending roses, the bouncing musicians, the twinkling carnival, the romantic dinner parties, the ships’ many sails, the cactus’ sharp needles, the wisps of clouds on a mountain ridge . . . Children, thanks to captivating artwork and rhyme, will want nothing more than to ride his handlebars, bouncing and merry.”

Here’s an interior spread from the book: 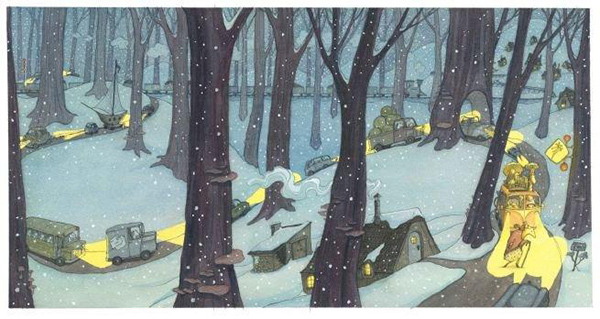 Another book coming out in May 2015 sporting my illustrations is an early middle-grade called CODY AND THE FOUNTAIN OF HAPPINESS (Candlewick), written by Tricia Springstubb, which is the first in a series. 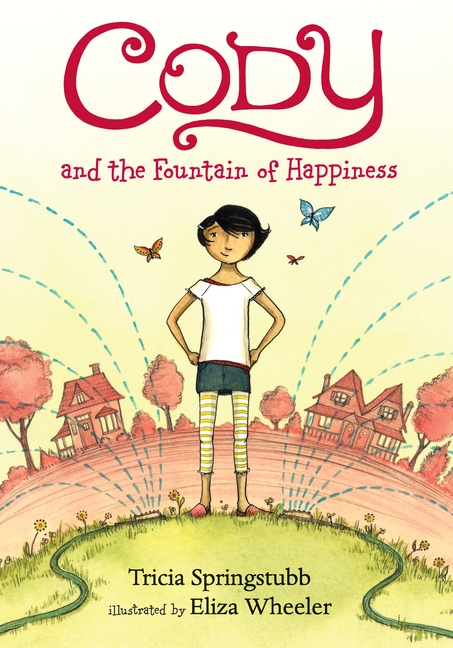 For whimsical Cody, many things are beautiful, especially ants who say hello by rubbing feelers. But nothing is as beautiful as the first day of summer vacation, and Cody doesn’t want to waste one minute of it. Meanwhile, teenage brother Wyatt is moping over a girl, Mom is stressed about her new job as Head of Shoes, Dad is off hauling chairs in his long-distance truck, and even camp has been closed for the summer. What to do? Just when all seems lost, Cody bumps into a neighborhood boy named Spencer who is looking for a runaway cat. With a new friend and a soon-to-be-found cat, Cody is on her way to the fountain of happiness.

Tricia Springstubb’s writing is playful, musical, and endearing. Through the process of illustrating this book I found myself grown attached to lovable Cody and her friends and family. There are over 30 black and white interior illustrations in the book. Here’s one of them: 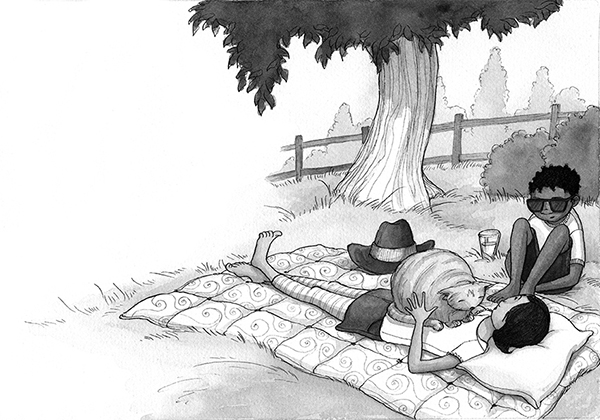 After over a year in the making, I’m eager for these new projects to go out into the world and be shared with everyone!

Posted in Cody books, News, Wherever You Go