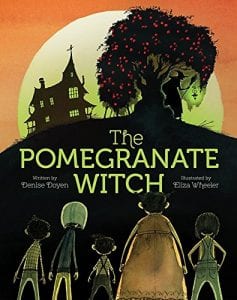 A new book that I illustrated, written by Denise Doyen, came out last week; THE POMEGRANATE WITCH. It’s here in time for the fall season coming up, and is such a fun romp between a group of neighborhood kids from the suburbs, and the old Pomegranate Witch who guards a legendary pomegranate tree.

This release kicked off with an awesome starred review from Publisher’s Weekly!

“Luscious rhymes and an atmospheric eeriness immerse readers in a neighborhood battle: five children versus the witch who guards the tempting pomegranates that hang from a tree on her property: “Its unpruned limbs were jungle-like, dirt ripplesnaked with roots,/ But glorious were the big, red, round, ripe pomegranate fruits.” Wielding tree branches, rakes, and badminton racquets, the children mount an assault in what is quickly dubbed the Pomegranate War, but hoses blasting water, a scattering of walnuts, and the thrashing tree itself foil their efforts. On Halloween, the witch’s sister, the Kindly Lady, invites the town’s children over for cider and celebration—but could the two women be one and the same? Working in ink and watercolor, Wheeler (Tell Me a Tattoo Story) contrasts the rich red of the pomegranates with washes of pale, sickly green, saturating the pages with a sense of otherworldly magic. And yet: Doyen (Once Upon a Twice) leaves many hints that the Pomegranate Witch is less a malevolent presence than a woman who happily plays that role in the children’s imagination-fueled games. Delicious. Ages 5–8. Agent: Jennifer Rofé, Andrea Brown Literary. (Aug.)”

Some peeks into the book: 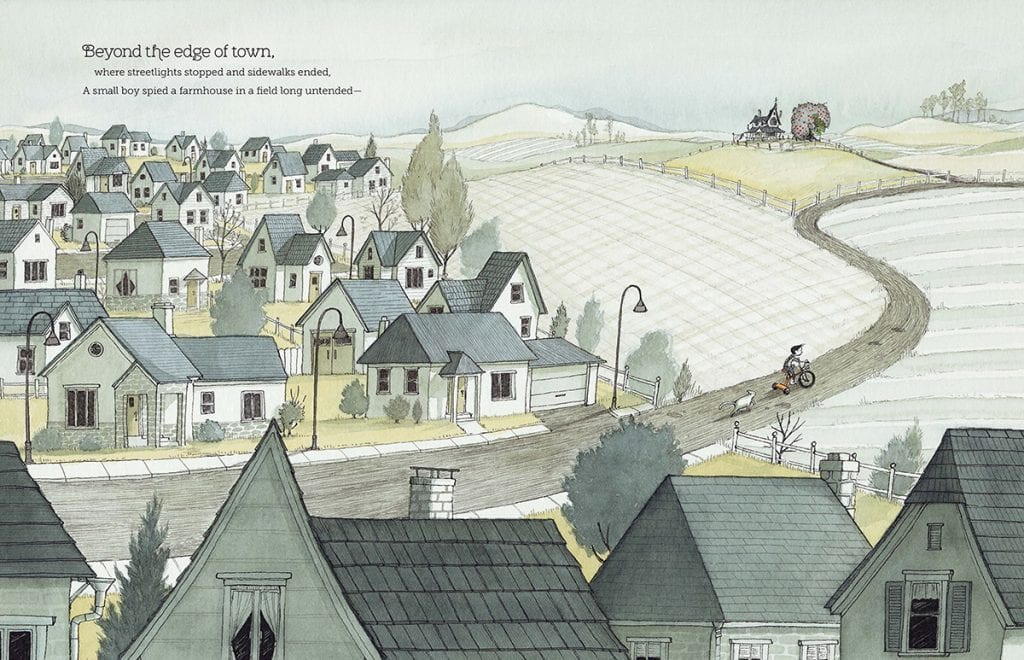 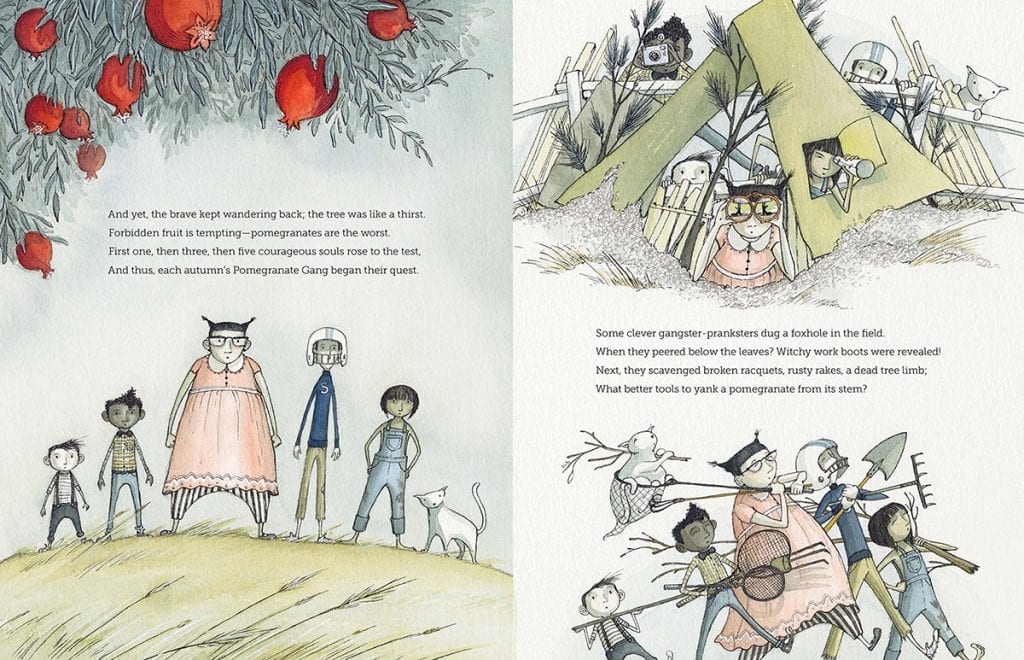 Delight yourself with a copy of your own, or ask your library to order one!

Posted in News, The Pomegranate Witch